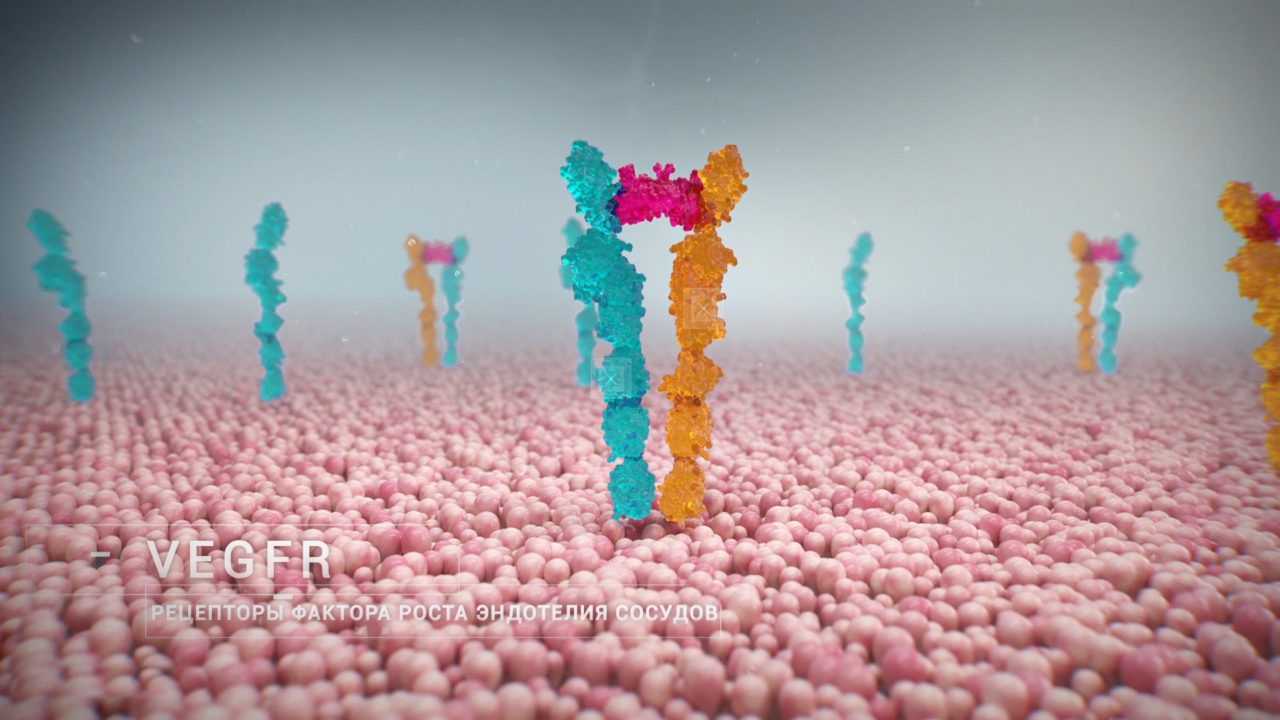 Nowadays, one of the most widespread diseases is cancer. Creation of new antitumor medications has been so far a significant trend in the pharmacological industry. That’s why we created this stunning vascular endothelial growth factor animation and its receptors that are taking part in the vascularization of a malignant process and are the primary targets of some anticancer drugs.

What is the Vascular Endothelial Growth Factor?

Every day, our body forms new cells and tissues. These tissues need an adequate blood supply, from numerous blood vessels. The process of angiogenesis is stimulated by the vascular endothelial growth factor (VEGF) in the human body. It is essential during embryonic development as well as during formation of collateral blood flow in case of a blocked artery.

VEGF (a cystine-knot growth factor) is an endothelial cell-specific angiogenic and vasculogenic mitogen as it binds only to receptors localized on vascular endothelial cells. VEGF is also called the (vascular permeability factor). This protein is transported in blood serum. VEGF is produced by various cell types including tumor cells, macrophages, platelets, keratinocytes and renal mesangial cells. It controls the oxygen supply and acts when hypoxic conditions occur. For example, serum contains more VEGF in pathologic conditions, such as diabetes mellitus and bronchial asthma. During the growth of the tumor, as during the growth of normal tissue, vascular endothelial growth factor plays one of the key roles. Rapid cell proliferation in a tumor progression leads to the formation of a vast number of new vessels, which is regulated by VEGF.

The receptors are specific protein receptors that bind to VEGF. They can be found on the cell membrane or in the matrix. Because of their role in neoangiogenesis, they are the primary target for some medications used in cancer treatment.